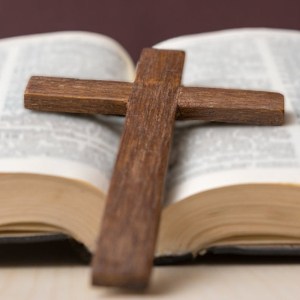 This entry is part 2 of 1 in the series Christianity

To most of the world, the word “Christian” brings to mind images of men in funny hats, and a bunch of rules. But is that an accurate assessment?

TL;DR – A Christian is someone who believes that the man, Jesus, born about 2,000 years ago in Bethlehem, Israel, is the risen son of the living God, Jehovah, and the creator of all that is.

That is it. That is all that it takes to become a Christian. IF you confess (profess) that Jesus is Lord (sovereign, king, master, boss) AND believe that he died, and rose again, THEN you are a Christian. You are saved from the wrath to come.

“Christianity is what we say it is”

When your theology, belief system, faith, or world view is built on human tradition, it changes from generation to generation based on current social mores.

But… if there IS a God… an “uncaused cause” who created this universe… then the whims of men are hopelessly deficient when it comes to ascertaining his intent, or message, and our purpose in his creation.

Any complex system is best understood by reading the manual.

I am neither Protestant nor Roman Catholic. Nominally a Baptist, I prefer the term “Bible Christian,” because the scripture is my sole authority in faith and final authority in life.

But what is “scripture,” and how can we determine if it is real?

I am a biblical literalist and King James (a.k.a. authorized version) “onlyist.” In another article, I will make the case for why I hold this position. But I will not preach at you about it. I know and respect several Godly people who see things differently

“In the Beginning…” I am a young earth creationist. That means I accept Genesis as actual, factual history, which began in 4004 B.C. (Gregorian).

“Now the serpent was more subtil than any beast of the field which the LORD God had made.” Satan, “the god of this world,” is our enemy. He does not ‘rule from hell’ as popular culture has insinuated. He still inhabits the heavenly realm. But he and all his angels will very shortly be cast down to Earth.

“[Jesus] said unto them, But whom say ye that I am?” This is the most important question you will ever answer.

The man, Jesus, who was born a little over 2,000 years ago in Bethlehem, Israel (4 B.C. Gregorian), Is the creator, Jehovah God, come in the flesh. “Emmanuel, which being interpreted is, God with us.” And “the Messias, which is, being interpreted, the Christ.” The very son of God.

“I am the resurrection and the life…” The bodily resurrection of Jesus from the dead is one of the central tenets of Christianity. After he died on the cross to reconcile man to God, Jesus rose from the dead on the third day, and ascended back to heaven 40 days later.

“And there was a war in heaven…” Revelation 12 tells of a coming war in heaven. Satan, and the third part of the heavenly realm that follow him will be cast down to earth.

“…and so shall we ever be with the Lord.” Jesus will return soon to gather his saints (all believers). Those who are dead will be resurrected, after which, those still living will be caught up right behind them. And it will not be a “secret.”

“There were Giants in the earth in those days…” I hold the angel view of Genesis 6 (and elsewhere).

As Jesus said “My kingdom is not of this world...” I am thankful beyond words that God allowed me to be born in the Southern United States. Even so, I am a citizen of the kingdom of heaven.