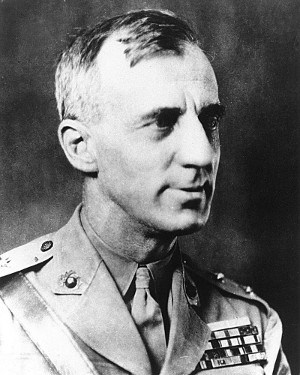 US Troops Around the World

On November 4th 1918, a young British soldier died during an assault on the enemy position. He was no different than the millions of other soldiers who died during the great war, save for the fact that he had written about the horrors of that war, poetry that became relatively famous. That young soldier’s name was Wilfred Owen.

Like a nauseating propaganda film from Frank Capra, Americans still get suckered into supporting wars that do not serve our interests, or [worse] run counter to our founding principles. Dig a little deeper, and you will always find that the impetus for war is never the hypocritical blather about “liberation, or “fighting to keep us free.”

Governments have been manipulating the mind and behaviour of the public since the beginning. But World War 1 changed everything.

During the war, a man named Edward Bernays, the nephew of Sigmund Freud, was in charge of the “US Committee on Public Information.” His assignment was to come up with an ad campaign that would make going to war in Europe look like a good idea to the American public. Ultimately, the CPI came up with the idea that we needed to “make the world safe for democracy.”

After the war, in 1928, Bernays published “Propaganda,” a manual that explored the techniques of manipulating public opinion, which Bernay’s referred to as “engineering consent.” This short (168 pg.) book gives an inside look at the dark heart of mass deception… How propaganda is used to sell the public on agendas, ideologies, and the interests of the elite.

The driver behind war, is money and power. Always has been… Always will be. Major General Smedley D. Butler, the most decorated Marine officer in history, wrote of the dirty details in his book “War is a Racket” after spending many years fighting in foreign countries, not for peace, but for business.

Today, propaganda has evolved in its sophistication, and its reach. It is so pervasive that we don’t, for the most part, realize that propaganda is part of our environment.

So all-encompassing is the propaganda that “Fake News” is only one prong of the constant assault on our minds by those who would manipulate us.

Whether you think there is anything to the QAnon movement or not, it should be obvious to anyone with his eyes open, that the United States have been at war for a long time. Why? War is profitable to the bankers & industrialists, it is also empowering to government. As Randolph Bourne once wrote, “War is the health of the State.”

When a nation is at war, taxes go up, and liberty is curtailed. You’ve gotta buy war bonds, make sacrifices, and don’t forget that “loose lips sink ships.”

For the entirety of my life, Russia has been the bogeyman. When I was a child, Liberals loved the Soviets. Detente was the word on every liberals tongue. Now that the Soviets are out of power, leftists demonize Russia.

One might understandably wonder if it was communism with which the left was so enamored, rather than a genuine concern for the Soviet Citizens.

Our government has kept us in a perpetual state of fear — kept us in a continuous stampede of patriotic fervor — with the cry of grave national emergency… Always there has been some terrible evil to gobble us up if we did not blindly rally behind it by furnishing the exorbitant sums demanded. Yet, in retrospect, these disasters seem never to have happened, seem never to have been quite real.

Anti-War does not mean pacifist

There is no one more opposed to unjust war than a warrior.

Lest you think I am some pacifist pansy, you must know that nine years in the Marine Corps Infantry brought me to an understanding of the cost in lives and blood. Broken bodies and shattered minds are a reality of war. Fighting men accept this. We owe it to them not to spend their blood without a just cause.

That said, when war becomes necessary, “go big or go home.” Leave the lawyers back home at the bar, ditch the rules of engagement, and bring the pain.

With this in mind, it is surprising to me that so many who claim to hold the US Constitution in high regard, seem anxious to engage in foreign wars, set up the United States as some sort of “world policeman,” and pay to maintain hundreds of military bases around the world, based on cheap propaganda designed to push the “patriot” button that exists within every American.

President Donald J. Trump, whom I did not initially support (I voted for Rand Paul in the 2016 Republican primary) has earned my respect as one who is faithful to the Constitution, and the Jeffersonian ideal of “Peace, commerce and honest friendship with all nations; entangling alliances with none.” He has taken steps to end our military adventurism. Better still, he is phasing it out wisely, rather than withdrawing cold turkey from the world, leaving a vacuum that would be filled by any number of unsavory characters.

No president has ever been perfect. I’d like it if Trump would end the Federal Reserve, cut the federal budget by about 90%, eliminate the social safety nets that threaten to bankrupt America, deport those who want to institute sharia law and subjugate or kill those who reject Allah/Satan.

Realistically though, he’s doing exactly what I hired him to do, and I will proudly vote for him again this November.

Bent double, like old beggars under sacks,
Knock-need, coughing like hags, we cursed through sludge,
Till on the haunting flares we turned our backs
And towards our distant rest began to trudge.
Men marched asleep. Many had lost their boots
But limped on, blood-shod. All went lame; all blind;
Drunk with fatigue; deaf even to the hoots
Of tired, outstripped Five-Nines that dropped behind.

Gas! Gas! Quick, boys! — An ecstasy of fumbling,
Fitting the clumsy helmets just in time;
But someone still was yelling out and stumbling,
And flound’ring like a man in fire or lime…
Dim, through the misty panes and thick green light,
As under a green sea, I saw him drowning.

In all my dreams, before my helpless sight,
He plunges at me, guttering, choking, drowning.

If in some smothering dreams you too could pace
Behind the wagon that we flung him in,
And watch the white eyes writhing in his face,
His hanging face, like a devil’s sick of sin;
If you could hear, at every jolt, the blood
Come gargling from the froth-corrupted lungs,
Obscene as cancer, bitter as the cud
Of vile, incurable sores on innocent tongues, —
My friend, you would not tell with such high zest
To children ardent for some desperate glory,
The old Lie: Dulce et Decorum est
Pro patria mori.