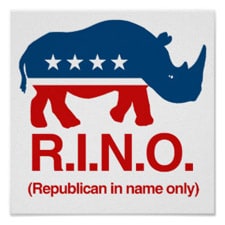 Imagine a Father (he represents “we, the people”) who lets his son Johnny (Republicans) borrow his brand new Porsche 911 (our government, and its power to tax and regulate) for his first date with Suzy the cheerleader (Democrats).

Giving money and power to government is like giving whiskey and car keys to teenage boys.

As Johnny and Suzy are driving down the freeway, Suzy leans over and says to Johnny (in a husky, womanly sort of voice as she trails a fingernail up his thigh) “We’ve got all this power to play with, let’s take it for a spin and see what she’ll do.”

Young Johnny has never had this kind of attention from a girl before, especially one whose reputation as a “free spirit” made her the most sought-after date in school. But he knew that his father had entrusted him with his prized possession, and he had a responsibility to uphold the trust that his father had placed in him. So after sweating bullets and swallowing hard, Johnny says “I-I-I c-c-can’t, it’s m-my d-dad’s c-car and he t-trusts me).

Suzy, having had quite a bit of experience in dealing with young, idealistic do-gooders like Johnny smiles to herself as she leans closer, close enough so that her lips brush his earlobe as she whispers “oh Johnny, I know you want to…I can’t believe I’m telling you my secrets like this…I think I’m falling for you baby…put that hammer down and see what she’s got…speed turns me on so much…”

Johnny, of course, can’t handle the strain. All thoughts of his responsibility and obligations to his father are forgotten in a blur of lust. Lust for speed, power and fast action with a false-hearted whore.

You can probably guess the rest of the story… Johnny wrecks the car, Suzy files a lawsuit in which she accuses Johnny of kidnapping and trying to kill her with his reckless behavior.

Obviously, things look bad for little Johnny, the neighbors believe that nice little Suzy who is limping around with a cast on her leg, and Johnny’s father is crushed, stunned that his son would behave like that.

When little Johnny finally realizes that he has betrayed his fathers trust, betrayed his own responsibility and sold his integrity for smoke, mirrors and the adulation of the enemy he is sick with guilt and shame. But, of course, by then it is much to late. Once trust has been lost, it is virtually impossible to regain.

Johnny begins a downward spiral of compromise and corruption. Before long, he becomes the enemy he once charged out to vanquish.

It’s not a question of if they’ll betray you. But when.

There are plenty of reasons to dislike the current crop of Republicans; and there are plenty of reasons why they don’t deserve reelection this time around. They’ve become mere politicians, concerned only with buying the votes of their constituency with money stolen from other districts, and jockeying for position in order to get the next plum committee seat that will enable them to enlarge their power and influence.

A Democratic majority in Congress will have far reaching negative consequences. From higher taxes and economic disaster to liberal, activist judges and permanently open borders. From a rush to surrender to terrorism, to a complete lack of anything remotely resembling a plan.

It’s unfortunate that the only reason to vote Republican is that the alternative is unthinkable. But that’s what it boils down to. The Republican party has ceased to be the party of conservatism, and is now merely the lesser of two evils.

Other than the war on terror, where the Republicans clearly have the better record, and the reluctance to take money from the taxpayers and use it to fund stem cell research or perform abortions (both of which are currently legal for private funding) there isn’t much difference between the two parties.

It is utterly shameful that the best reason for voting Republican is that Democrats are far worse. But there are some registered Republican voters out there who are foolish enough to think that by voting Democrat, they can send a message to their elected officials and insure their cooperation next time around.

There are a couple of big problems with that, and an alternate solution:

First, if you hand over the House and Senate to the Democrats, the damage that they can do in just the next two years will very likely be irreparable (remember the income tax? that was supposed to be temporary). Nancy Pelosi and her gang are salivating over the prospect of eliminating the tax cuts.

Second, an incumbent is hard to beat, even harder since John McCain sold your right to free speech down the river with his “Campaign Finance Reform Bill” (aka “the incumbent protection act”).

If you really want to discipline little Johnny, and let him know that betraying your trust is not something you will tolerate in your elected officials, don’t vote for the party that will institute aggressively regressive economic policies.

Besides, voting Democrat won’t show up as “out of the ordinary,” no one will learn a lesson, they will merely assume that Democrats voted for Democrats and Republicans voted for Republicans.

Instead, If you want to send a message that will actually get heard. Vote Constitution Party where they are on the ballot, and Libertarian Party elsewhere.

That will make your (former) elected officials sit up and take notice. When the former senator, or former congressman looks at election results and sees that they lost by a margin of 10%-15%, and the Constitution party candidate (what a Republican SHOULD be) or the Libertarian party candidate picked up 10%-15%, the light might actually come on. They will realize “That was a vote we should have gotten.”

Voting for a Democrat merely reinforces the false notion that Americans actually want our elected representatives to enlarge and empower the nanny state.