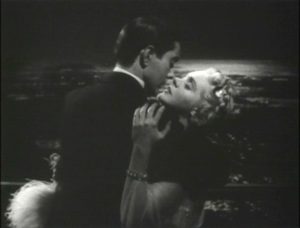 How to Tell if a Woman is Attracted to You

Mainstream relationship advice serves nothing more than advertisers, and the feminine imperative. If you want the truth… Here’s the secret to knowing if a woman is worth more than 60 seconds of your time.

Anything less than an enthusiastic “Hell Yeah!” from a woman… is a definitive “NO!”

Most men never understand that a woman does not communicate like a man. Men respect other men who say what they mean, and mean what they say. We respect men who tell the truth, who commit to larger ideals, and who are willing to sacrifice in support of those larger ideals.

Our reverent respect for the founding fathers almost 250 years later is a prime example.

Women are not men. They never will be.

Do not listen to what she says… watch what she does. Because actions really DO speak louder than words.

Do you want to know if she is worth your time?… Then UNDERSTAND THIS… if a woman wants to be with you, she will find a way and make it happen. She will go out of her way… she will make excuses to be around you, to talk to you, to touch you, and to be alone with you.

Even girls who claim to be old fashioned, traditional, or shy… will behave in progressive, non-traditional, and atypical ways if they’ve got an interest in you.

I repeat: Anything less less than the full court press on her part, is a definitive NO.

Put another way, if she isn’t going out of her way to spend her time with YOU… then you are not the man she admires, desires, and longs to be with. If you aren’t special to her, you are wasting your time thinking her special to you.

How to tell if a woman is attracted to you?

A majority of the humans on this planet (50.8% of the population) have indoor plumbing.

If you are not getting her full and undivided attention, NEXT her… Quickly… and move on.

As my father used to tell me “Son, women are like buses, if you miss one, another one will be along in 15 minutes or so.”