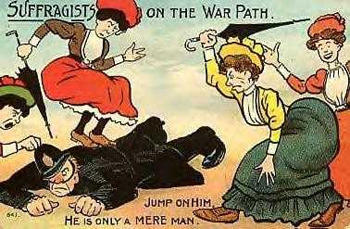 A ‘mid life crisis’ occurs when a masculine man who has followed the yellow brick road all the way to the Emerald City, only to discover that it is nothing but a grand deception.

I specify “masculine” men in particular, because some men are so inured to the deception that they will fight to protect it.

So many men labor under a misconception, which leads inevitably to the deception. This misconception undermines the fundamental rules which guide his actions, his outlook, and his expectations for how life should work.

What defines the rules of behaviour for men. It is men themselves.

A man earns the respect of his peers by adhering to certain time-honored masculine rules:

A Man of Honor

How do you earn the respect of your peers?

These are but a few indicators that one is a man of integrity. Men of honor are simple: What you see is what you get.

When we (other men) meet a man who does not exhibit these behaviours, we think of him as dishonorable, and undeserving of respect. “shady,” “dodgy,” or a host of other expressions of contempt.

Look around you, at the slang of today for evidence that these terms have been subverted.

Have you noticed that words or phrases which used to convey contempt or disrespect, are now worn proudly as a label by some.

“A shady crew” that “is up to no good” used to be a warning.

To be sure, misdirection has its place among the behaviours in which a man of honor engages. Though, in my estimation, it is (or should be) limited to acts of war.

Those Desirable masculine traits have been used to defeat you.

Historically, women’s lives have been valued more highly than men’s, because they [women] are the child-bearers; the ones who raise and nurture our offspring.

Men sacrifice themselves to build a safe society in which families can raise the next generation in peace. Consequently Men’s contributions are valued more highly than women’s. That safe society requires cooperation in order to erect the roads, buildings, and the infrastructure within which to operate cars, and power the modern conveniences that have enabled a life of ease compared to that of our forbears.

Playing by the wrong “rule book”

A man enters into marriage with every intention of becoming one with his bride. Man is created in the image of God. Consequently, he is imbued with the ability, and the desire to love his wife unequivocally. A man raised by a loving father, enters into marriage, playing by the rule book entitled “WE.”

Unfortunately, this does not always seem to be a two-way street.

Certain groups have hijacked the system by taking advantage of the traditionally masculine, “women and children first” mindset that men hold. They demand “equality.” Yet they also demand the same special treatment once accorded the weaker vessel. “But I’m a girl!” is the cry of one who wants to have her cake and eat it too.

These groups have pushed an anti-God, anti-family, anti-male agenda for decades. The innumerable women they have deceived, now enter into marriage playing by the rule book entitled “ME.”

The man raised by a loving father who enters into a marriage with such a woman, has no idea what destructive forces are about to enter his life, destroy his masculinity, shatter his confidence, his self-esteem, and leave him with no self-respect.

You Can Check Out Any Time You Like…
But you can never leave.

OR
Walter Mitty is cute and endearing. But John Galt is evil.

That is the attitude of those who seek to keep you enslaved to the system that wants to destroy you.

Society, the matriarchy, and those poor bastards still trapped within the matrix, each attempt to shame a man who has decided to change his course in life.

Subversion of the Family

Men. Do not fight the wrong enemy

“For we wrestle not against flesh and blood, but against principalities, against powers, against the rulers of the darkness of this world, against spiritual wickedness in high places.”

If you’ve been paying attention to the world around you, then you know that there are dark forces at work. Forces that would tear down the institutions of family, faith, and government.

The spirit of violent rebellion seems to be driving this attack on masculinity and the family. How, otherwise, would it be acceptable in ANY society for the following behaviour to be considered appropriate, much less funny: